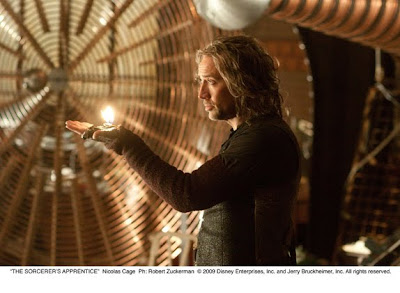 Just when you thought there couldn’t possibly be another magician to rival Harry Potter and his broomstick along comes Dave Stutler. He may be shy and geeky, but Dave (played by the fabulous Jay Baruchel) is the eponymous hero of Disney’s fantastic new family adventure The Sorcerer’s Apprentice.

We first meet Dave as a slightly less shy and geeky kid, who is desperate to get the girl but ends up in every schoolboy’s worst nightmare. That leads him to Balthazar Blake (Nicolas Cage), a master sorcerer in modern-day Manhattan trying to defend the city from his arch-nemesis, Maxim Horvath (Alfred Molina). 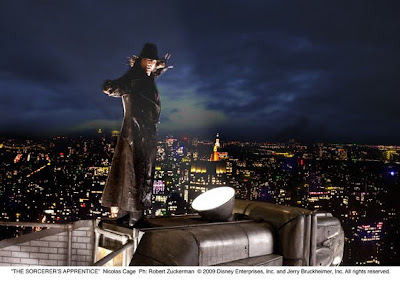 They meet again some years later – but now Balthazar wants Dave to help him destroy the bad magic and release his true love from captivity. But first, Dave needs to learn how to be a wizard. Queue some hilarious magic lessons (including a brilliant version of The Sorcerer’s Apprentice sequence from Fantasia involving LOTS of mops), some romance (will Dave get the girl at last?) and a few genuinely scary scenes.

My family loved The Sorcerer’s Apprentice. The acting is first rate, the special effects are astonishing, the plot keeps you guessing and along with Toy Story 3 I’d say it’s one of the best family films on release this summer.

*Recommended for children aged eight and up