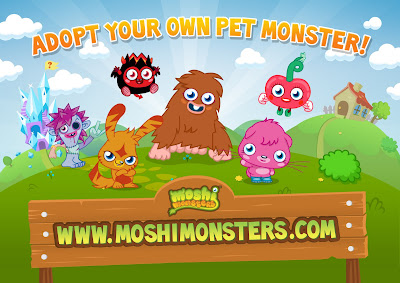 Along with some other parent bloggers, I was invited to meet the team at Mind Candy at their office in Battersea Studios to find out more about the Moshi Monsters game. The idea was that we’d get to meet Mr Moshi himself (Michael Acton Smith, the CEO) and generally schmooze while our kids played the game.

Now I should explain something – I’m something of a geek. I secretly* love the fact that my university transcript includes courses like “Mathematical Methods for Quantum Chemists” and that I know how to put firefly genes into a house plant. I also have an unhealthy addiction to games and puzzles; I spent the first half of my life looking like I had stigmata from the joystick blisters and was once known throughout Walthamstow as the unbeatable Eddie Gordo.
* erm.. I guess it’s not so secret anymore.

So… to me this was not some generic “mummy blogger event”, but an opportunity to meet some very clever people who’ve used their love of games, understanding of social networks, and their creativity and business smarts to create something truly exciting. I gave the PR types an unreserved “yes”, and set off to borrow a child.

The Borrowed Child and the Child at Heart

No, this is not one of those “persona” blogs, and yes I do have children. However, at ages 2 and 3 they aren’t exactly Moshi Monster material, so I needed to find a child to borrow for the day. This proved to be an incredibly easy task: my favourite little boy, M, nearly burst with excitement when I invited him, and immediately produced a print-out of his monster. His dad, Dino Burbidge, was at this point hopping up and down shouting “Take me! Take me!”, so obviously I obliged. The fact that he is Creative Director of Kids and Family specialist digital agency Digital Outlook, a big kid at heart, a bit dishy, and the smartest person I know had absolutely nothing to do with me bringing him along.

The boys at Mind Candy didn’t disappoint. Michael Acton Smith and Chief Marketing Officer Ed Relf were both so clearly passionate about the game and the business, and that vibe seemed to carry through the whole team. When we walked into the office itself, a shared space with about 35 staff, it was like stepping back onto the floor of our dot-com startup in Shoreditch ten years ago.

Those were the best days of my life (apologies for the random Bryan Adams quote – I can’t help it, I’m Canadian) – the buzz of being part of a young and tight-knit team, knowing that we were on the cusp of something big, truly passionate about every little detail of the business we were creating, bursting with laughter over an intense game of foosball in the break-out room, and that feeling that London was ours and ours alone. With the recession and the dreariness of cutback after cutback, I never thought I would see that again. But there I was, stepping back into that world, and with it a feeling that anything is possible.What a rush. 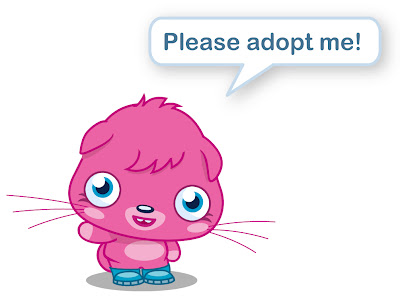 The game itself is such a brilliantly simple idea. Kids can adopt a pet monster, give it a name, and keep it happy. So far it sounds like the online version of a hamster, or a high tech tamagotchi, but this is only the beginning. The monsters live in a colourful and captivating virtual world, with plenty to explore and opportunities for the kids to really express their personalities.

Monsters can earn Rox (the local currency) by solving puzzles, and can spend their Rox on treats and toys for their monster, and weird and wonderful things to display in their virtual room. The game also features safe, well designed and carefully moderated social networking features, where monsters can interact with their friends.

What’s it like for the kids? The easy answer to that is to tell you that 25 million children around the world play Moshi Monsters, and a new child adopts a monster every second. Fairly impressive, to say the least, but here’s the real scoop: every child I’ve mentioned it to lights up and tells me about their monster, and about their favourite bit of the virtual world (the garden is a definite winner) – and that tells me everything I need to know.

And for the parents? Every day, there are fun but challenging puzzles and games for your child to solve, covering everything from spatial skills and arithmetic to vocabulary building, geography, and even being able to recognise the flags from different countries around the world. They enjoy playing the games, and receive immediate virtual rewards when they solve the puzzles correctly – what better way to learn? Michael dubs it “education by stealth”, and told us of primary school teachers who use Moshi Monsters as a fun and effective way to help the children develop skills in everything from problem solving and vocabulary to creative expression. You can read about it here.

As a parent, it’s also incredibly reassuring to know that Mind Candy takes our children’s safety seriously. The social networking features allow the kids to interact with each other through a carefully moderated public “pin board” in the virtual world. There is no private messaging, and there are pro-active measures in place to prevent cyberbullying and inappropriate conduct. Parents are also invited to adopt their own monster and experience the world for themselves.

I’ve always been a big fan of good design and illustration, and am always amazed when I can see a few curved lines suddenly take shape. Even more so when a tiny little pencil mark in the right place gives a two dimensional creature a little glint in his eye, and a cheeky little personality. During our tour of Mind Candy, we had a sneak peek at some original sketches and Top Secret designs for new monsters – eye candy indeed!

Illustrator and Concept Artist Trevor gave us – and the marketing team – a crash course in how to draw this little monster: 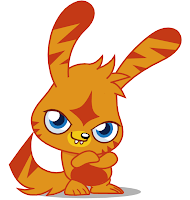 I was pleased to discover my hitherto hidden talent for illustration… 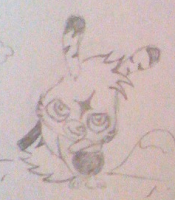 immediately put into perspective when I saw this masterpiece by Dino’s six year old son: 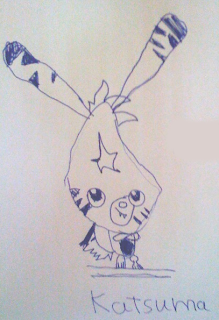 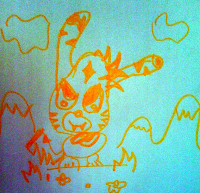 Aside from some amazing goody bags and these cute Moshi Monster cupcakes, in true dot-com style there are quirky little features around the place, including a large plexiglass box full of jellybeans. Unsurprisingly, nobody but Michael knows precisely how many there are inside, and there is bound to be a puzzle involved rather than a straightforward calculation. I’ve worked out my answer (I’m not telling you!!) and am hoping that if I’m right it’ll unlock the next level.

There are no doubt exciting times ahead for Mind Candy, and I’m looking forward to seeing all the top secret plans for Moshi Monsters come to fruition. In the meantime, I think I’ll go and adopt a little monster myself.